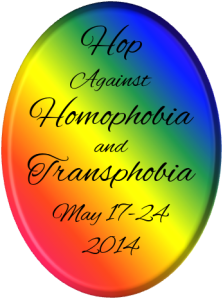 The Hop Against Homophobia and Transphobia has ended. Thanks to everyone who participated, and congratulations to commenter H.B., who won a copy of my new book, Love Has Reasons. The hop is over, but homo- and transphobia persist, so I’ll leave my rant against them below for you to enjoy: 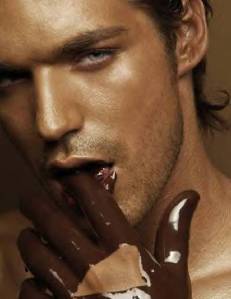 Full disclosure: I think homophobia is scaredy-cat control-freak bullshit. You don’t know me. What the fuck business is it of yours what me and my husband get up to on the mornings when he just can’t let me sleep past four? (He loved when I was flying international; somehow me being cross-eyed exhausted is a huge turn-on for him.) (I said it was none of your business, I didn’t say I wasn’t gonna tell you all about it anyway.) There’s a tweet (apparently falsely) attributed to Morgan Freeman that used to get passed around with some enthusiasm: “I hate the word homophobia. It’s not a phobia. You are not scared; you are an asshole.”  While I can get behind this quip in spirit (cuz if you actively promote discrimination or bullying or general shit-headishness because Being Gay is Wrong!, you are an asshole, no offense), I take issue with its content.  I think homophobia and transphobia are absolutely driven by fear.  It’s just not me of whom active homophobes are afraid.  If you’re not scared to death of the rainbow-glitter-loving queer pounding on your own closet door and howling for release (ahem), the notion that me going about my gay business is somehow a threat to you or “the children” or “society” should be wholly foreign, if not downright laughable.  I hate to break it to you, but any moth drawn to this flame(r) is a little bit gay already. Everybody loves a chocolate fountain, but you’re not dipping your pound cake in one if you’re not already at the Golden Corral, if you know what I mean…

Which is where homphobia and transphobia hit their most insidious low. (Stick with me for a second here.) Your fears about your own sexuality and gender identity (whatever they may be) are socially inflicted. Those fears make you uncomfortable. And they make you feel bad about yourself; about your talents, your dreams, and your desires. They keep you from embracing your own awesomeness and living your life to its sparkling, sunshiny fullest. And your response to this is to pick up a Bible and the biggest bucket full of manufactured outrage you can get your hands on and make it your mission in life to splash as many people with it as you can so they feel as scared and tiny and shitty as you do? To seek, not to break, but to perpetuate and intensify the cycle of shame and self-loathing? But somebody has to think of the children! I don’t disagree in principle, but you get that there are lesbian, gay, and trans kids out there, right? How exactly does your fight to institutionalize the message that they suck and should be marginalized help them, again? Real slow, please; explain it to me like I’m stupid.

If gay sex freaks you out, I get it. (Although if it freaks you out because “the parts just don’t go together,” I’ve got good news for you: you’re not a homohobe, you’re just really unimaginative.) As a rule of thumb, of course, the more public someone is about their Bible-based prudishness, the kinkier shit they get up to in shag-carpeted motel rooms, but Shhhh—that can just be our little secret. That everyone else in the world is in on, too. But here’s the thing: just because my sex life freaks you out doesn’t give you the right to deny me equal protection under the law. I don’t exactly spend my free time trying to envision you going at it, either, but notice how I haven’t tried to use that as a reason to have the state step in and outlaw your wedding(s). But the Bible says… The Bible says a lot of things. Things people who wield it on the battlefield against gay rights ignore all the time. Things like Love thy neighbor [Lev 19:18], and Don’t judge [Luke 6:37]. And adultery, which includes divorce, should be punished by death [Lev. 20:10]. But we don’t deny wife #3 hospital visitation, and I’ve never even heard it suggested that someone who cheated on her husband should be barred from adopting children. The very notion is ridiculous! Kinda my point.

The public jazz radio station I listen to plays three minutes of NPR news on the hour during the week. During one such news break last week, an anti-gay-marriage crusader used her fifteen seconds of fame to declare (something along the lines) that the question that gay marriage advocates should be held responsible for answering is: Which can a child live without, a mother or a father? Which got me wishing that I had jotted down her name, and that they had provided listeners with her e-mail address or home phone number (and approximate dinner time), because I found that I had a couple of questions to which I would have been interested to hear her answers. For one, I’m dying to hear the details of gay marriage opponents’ plan, to which I can only assume she is privy, to flat-out guarantee that every dude who ever knocks up a chick will stick around to help her raise the ensuing kid. And what of the children who live every day without one of their straight parents? What’s the plan there? If Pop goes out for a loaf of bread one night and never comes home, does this woman, her organization, or the state step in to provide the Opposite Gender Parent that she apparently thinks should be required by law? The very notion is ridiculous! Exactly. 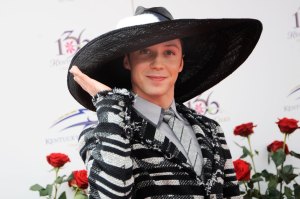 The fearless Johnny Weir. If ever there was a HAHAT…

Here’s what I don’t get about homophobia.  And transphobia.  And xenophobia and racism and misogyny and other forms of separatist ideology: what’s with the scarcity mindset?  Where do people get, and why in the world do they cling to, the notion that there’s only so much to go around?  Equality for everyone!  Except you… All Men are created equal!  Women, on the other hand… Blood is thicker than water!  Unless you’re gay or you marry a Jew, then you’re dead to me. We burn through natural resources like fossil fuel rains down from the sky, waste food and farmland like maybe there’s another way for hungry people to eat, but Love? Tolerance? Compassion and Kindness and basic Don’t Be An Asshole?  That’s what you’re going to ration?  Like what are you gonna do, run out?  I just wanna make sure there’s enough for me.  Guess what: spread it around — I’m talkin’ about give some to everybody — and you’ll get more than enough back.  So much, in fact, that you’ll be able to give more of it away.  Whose vision of The World As It Should Be hinges on Someone Else being allotted less?  Where there is enough for everyone, there is, by definition, enough for you, too.  Fighting to deny the basics — rights, respect, equal protection — to people who aren’t “like you” doesn’t leave you with more, but rather it leaves everyone with less.  You don’t think I’m worthy of respect, how much respect you think you’re gonna get back?  Whereas the reverse… What is it, too obvious?

I’m not trying to pick on Christians here, you understand. I don’t happen to be one, but my Christianest friend is proudly gay, awesomely out, and an active advocate for youth from all across the spectrum — I get that “Christian” is not a synonym for “homophobe,” and I do not use them interchangeably. But I do think it’s fair to say that most of the professional homophobes in this country who lobby school boards and legislatures and Fox News believe that if they stuff their bigotry deep in the Bible like they did with their old prom corsage it is not only justifiable, but unassailable. And not only is this belief seldom challenged, but it is actually applied in the passage and upholding of blatant, and often arbitrary (You don’t have to bake those sinners’ cake if you don’t want to!), discriminatory laws. And if you can get a judge or (god forbid) an entire legislature to rally behind you, you’re gonna get what you want. It’s how the game is played, fair dinkum. It is my belief, however, and perhaps my most firmly held, that if you devote your time and energy — your life, people!  And the only one you’re getting, according to your belief system — to fighting for discrimination; to crusading to ensure that people are denied by law rights and privileges and full participation in society because they are different from you — Braver? More authentic? Have better shoes? — not to be rude, but you’re doing it wrong.

29 thoughts on “Hop Against Homophobia and Transphobia”