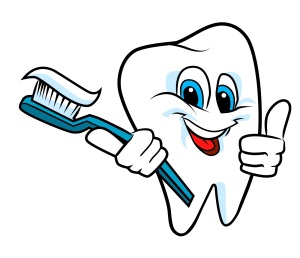 Well, so, hooray-ishly, it’s NYC Midnight Flash Fiction Challenge time again. It’s my favorite writing contest because I love writing to a prompt, and because last year’s sixth-place finish netted me my cutest favorite satchel (in which I found a forgotten chocolate bar from Nicaragua just the other night — it’s the prize that keeps on giving!).

In the first of the three rounds, we get to combine scores from two stories, which can only be a good thing for me, as I’m not much of a suspense writer. Taken on the whole, romance is actually kind of the opposite of suspense — like what, they might not end up together? — but I’m not going to make excuses for this story. I wrote it, I fiddled with it, I abandoned it in favor of another idea, then came crawling back and submitted it. If only it was as suspenseful as the wait to see if it scores…

You get 48 hours to write a story of 1,000 words or less. My groups prompts were Genre: Suspense, Location: Dentist’s Office, Object: Blank Check. What happened with them (with 2 words to spare) is this:

Of All Days to Seize

Porsha knew every inch of the old Victorian. She’d been running Dr. Sanchez’s dental practice out of the high-ceilinged historic home for four years, and you couldn’t find a cheerier, more innocuous space. During the day. She’d never had occasion to tiptoe around it by herself in the dark until tonight, and suddenly every coatrack was a shadowy thin man waiting to catch her in the act. She was letting her imagination run away with her. She was not letting her guilty conscience run away with her, as Keith would have suggested. Mainly because she wasn’t doing anything all that terrible, but also because shut up, Keith—she’d be as glad to leave him behind as any of the rest of it.

It wasn’t like she’d planned this. She bought supplies for the staff kitchen at the Costco over by her house, she’d snatched up the smiley tooth material for the waiting room curtains from the craft store bargain bin; Dr. Sanchez reimbursed her by check all the time. She hadn’t purposely asked Dr. Sanchez to cut this particular check right as Mrs. Derani came bursting through the door clutching a cheek the size of a softball and moaning about the pain, the pain! Heck, Porsha had been home and on her second glass of chardonnay before she’d even remembered dropping the checkbook back into the drawer amidst all the hullaballoo, the signed, blank check with her name on it biding its time on top of the stack. Dr. Sanchez may as well have written Now’s your chance on the Memo line. END_OF_DOCUMENT_TOKEN_TO_BE_REPLACED