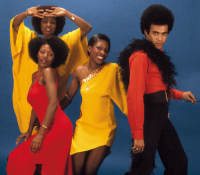 Whether I’m muscling in on my husband the drag queen‘s song selection process or crafting short fiction, it is my own opinion that I do some of my best work on Theme Nights. “Seventies Night,” for example, challenges performers to find the exactly right hot pants or caftan-and-kerchief combo, and gives the audience that little extra thrill of satisfaction when a disco ballad strikes a reminiscent chord just so. (Not that very many Denver drag audiences remember the 70s, but you know what I mean…) Similarly, I love to write to a prompt, and the fun of themed anthologies is to discover the hundred different directions a group of writers can take the “same” idea. My latest short story, “Say Cheese,” is part of one such antho, Wayward Ink Publishing‘s Stranded, which comes out October 10th. WIP is a new, independent publisher that aims to publish quality GLBT fiction and romance who first caught my attention with their tagline, “To write is to light a fire, to read is to fan the flames.” If quality queer fiction is your thing, you can subscribe to their quarterly newsletter (on their website or on Facebook) for author interviews, new release announcements, articles, excerpts, and flash fiction like this story here, which appears in this edition. Please enjoy:

There had been no tragic accident. No lurid murder trial. No heart-wrenching disease trending on social media. He weighed too much. He drank too much. He worked too hard. The only vegetable I ever saw him eat was eggplant parm; the only exercise he ever got he got in bed. Fifty-eight years old, he died from living. There are worse ways to go.

Our thirty-year age difference meant more to most of his family than our nine-year love affair; I could have dragged him through all the red tape onto a plane back to Louisiana, but for what? His first time on the Best Sellers list, our wedding—hell, nine years of birthdays: we’d given them plenty of occasions to flamboyantly boycott. We lived in France, he died in France, he wanted to be buried in France. If his daughter or his ex-wife wanted to throw on a histrionic veil and disdain me graveside for a change of scenery, they could damn well come do that in France, too.

The little town where we had our little house was proud of its big literary star, even if he did write in English. The tiny, tilted church was easily filled. A priest I didn’t know intoned a generic eulogy I didn’t listen to, then led me in leading a flock of looky-loos down the stone steps and up the road to the gates of the cemetery. I walked with my eyes on my shoes, my mind on the dog whistle as I worried it in my pocket.

It had been among the things the nurse had handed across her desk in a marked plastic bag. Here are his things. Would you like to see the body? There’s a “body?” She pursed her lips. I guess they’ve left it up to me to tell you… What I wanted her to tell me was why in hell he had a dog whistle on him in the first place. It’s not like we had a dog. Was there even such a thing as a dog whistle outside of cartoons? I tried to hand it back to her—I don’t think this was his—but she just shrugged. It’s yours now. I blew it, there in the hospital; waited for the pack of barking mongrels to come crashing down the corridor and upset the order in her world the way she’d just laid waste to mine. I blew it a second time, summoned nothing. She raised an eyebrow. Leaving her to worry about “the body,” I took my plastic bag and my new whistle home.

I’d never seen the whistle. It meant nothing to me. What had it been to him? A souvenir? Of a person? A time in his life? Inspiration for a story? Or did it belong to someone else entirely, slipped in with his wallet full of euros and his St Christopher’s medal by accident? What was a dog whistle even for? I huffed away at it for days, and a lack of howling hounds persisted. What else would he whistle at?

Besides boys, obviously. He was whistling at teenage twinks long before I came along. I’d managed to hold his interest long enough to get him to sashay me up the aisle, sure, but he didn’t go blind on our wedding day. He’d aged; so, too, had I grown older. I was still young, still slim, still blond, but I wasn’t still nineteen, and he had a type. We’d go away—New York, Miami, Madrid. We’d shop. We’d go to the theater. We’d go to breakfast, and he’d hate to monopolize my time. Suggest I take the day—and the credit card; always the credit card—and “explore.” In case I wasn’t from Miami, born and raised. But what will you do? Oh, he’d manage.

I knew about these other guys. I’d met a couple of them. Fucked one every once in a while, just so he knew I was paying attention. But he didn’t want an open relationship, and he certainly wasn’t trying to get caught. He wanted to be the smooth operator. He wanted to get away with it. It was a gold card, and I do love to shop.

He’s been dead for three months now. I came up to Paris on the train this morning. My inheritance is elaborate, and there are occasionally papers to sign. I’m having coffee in the Marais before I find my way back to the Gare Montparnasse. I seldom spend the night in Paris, although some of these boys slouching by in their sunglasses and their hip-fitting jeans raise it as an attractive prospect. I smile, thinking of him; I didn’t exactly go blind on our wedding day, either.

I toy with the shiny silver dog whistle, which I’ve worn on a chain around my neck since the funeral. Maybe it was how he got the boys to gather round, even as he spread through late middle age. Perhaps it hits the perfect pitch: the one that sounds like money to a penniless prettyboy. I laugh. At the idea of him abroad in New York and London, choosing from among the eager puppies that come running, tails wagging, when he gives it a noiseless tweet. At the lot of the humorless nurse who got to pass his secret mating call in its plastic bag to the puppy who’d managed to charm him away from his wife. At the vision of every strapping youth in the neighborhood stopping in his tracks and turning to scamper to my table, aroused by the high pitch. Suddenly desperate, if they don’t know why, for me.

Was it a man whistle? All his boys had to come from somewhere. Half expecting it to work, I blow.

But it doesn’t bring him back.