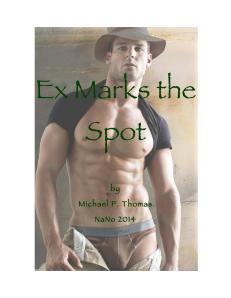 November has arrived, and along with it my favorite Festival for the Mad, National Novel Writing Month. Yes, thirty days of coffee-quaffing and work-shirking and burying wacky background characters in gaping plot holes in the name of cranking out a 50,000-word novel started on Saturday. It’s my favorite month of creating dangerously, and this year, all bets are off. I’m breaking copyright laws faster than they can write ’em (not really, as the story is private) by writing a spin-off of Romancing the Stone, having fallen in love with the idea of Joan Wilder and Jack T. Colton’s gay son (“Jem,” who else?) getting in trouble trying to follow in his folks’ famous footsteps. The story is set in Cuba, a country I’ve never seen, and the plot twists are so unexpected I have no idea what they’re going to be yet: I still have to cook up a treasure, a gang of thugs to go looking for it, and a reason for it to have anything to do with Jem, but the game is afoot. At all events we’ve got a love interest and high hopes for a Joan Wilder cameo; you kinda gotta figure the rest of the words will write themselves. 42,600 of them, if I’m lucky — that’s what I’ve got left to go.

If you’ve read any of my novels, you know I love a good prologue. Like Romancing the Stone and Jewel of the Nile, Jem’s story starts off with an unrelated scene from Joan Wilder’s latest crowd-pleasing historical romance novel. Stone starts in the Old West, Jewel starts on a pirate ship, and I was stumped trying to think up more cliché romance time periods. So I thought covers: long dresses, puffy shirts, big pecs and ponytails on him and her… Eureka! The American Revolution.

Here, then, in the spirit of kicking off a whole month of Write Whatever Works by rewriting American History, is an excerpt from my fictional version of (already-fictional) Joan Wilder’s Love’s Revolution: