I had two pretty boring grandmas.  As far as I know, anyway; it’s not like I ever made much of an effort to get to know them as anything other than a great fan of the bargain basement and the Lawrence Welk Show (my dad’s mom) and the chain-smokingest, best meatball maker ever to come out of Potter, Nebraska (my mom’s). They both lived through the Depression and watched their husbands march off to war and raised reasonably well-adjusted families (we’ll say, for the sake of keeping this post moving…); my dad has four brothers and four sisters — maybe that was quite enough excitement for my Grandma Mil.

But, try as we might, we never unearthed much in the way of a secret past for either one of them.  Mil wasn’t a riveter or a welder or a test pilot during World War II; Edie didn’t spy on Hitler or seduce Picasso or play professional baseball.  They were housewives in sensible shoes (Edie did sport the occasional spectator pump in her day, but Mil was Keds all the way) who cracked the very occasional joke and day-to-day did the best they could, and who wants to watch a movie about that? END_OF_DOCUMENT_TOKEN_TO_BE_REPLACED

Most airline stories (except for the ones I tell, obviously) are best taken with a grain of salt.  Any tale  that opens with “I flew with a girl whose roommate from training once flew with a guy…” is as likely to be an airline urban legend as any kind of True.  Did a flight attendant really ever stand in the aisle and loudly spank what a frequent flyer complained was a “bad potato?”  Or tell the guy who threw a fit about not getting his meal choice, “Sir, I said we’re out of chicken, not fuel.”?  Or tell the snooty lady who claimed to be a Princess, “Yeah, well, in my country I’m considered a Queen, so I outrank you.”? Maybe, maybe not, but I’ve been hearing all of these stories since I started flying, so it probably didn’t happen on the flight your girlfriend worked last week.  (Naturally, as previously discussed, different standards apply if the story turns out to be about you.)

I came to the airline industry after much of the more famous post-deregulation upheaval.  Bankruptcy and greed had already leveled Pan Am, a strike had brought down Eastern, and start-up airlines like PeoplExpress and Hooters Air were coming and going faster than airport sign hangers could keep up with.  As much as I love to wax nostalgic about The Good Old Days of Flying (that I never saw), I have few regrets about missing out on these seismic events, some of the more spectacular of which are reputed to even have led to employee suicides.  But I’ve heard some stories.  When some of these airlines went out of business, they did so quite suddenly, stranding crews and passengers wherever they happened to wake up to the news that they would need to find their own way home. I flew with a girl (see what I mean?) who recounts charging tickets on a Chinese airline for her entire crew to her husband’s credit card, and another whose Honolulu-based crew ended up sailing home from the Philippines two-to-a-bunk on a cargo ship.

True or not, these stories were certainly gripping and colorful, and they eventually inspired me to trap a handsome man far from home and see if and how he would extract himself from a similar jam.  In the pages of my next short novel, I obviously mean.

Fox McHardy leads a charmed life. Puget Sound penthouse, gorgeous boyfriend, jet-setting job—everything he’s ever wanted, he’s gotten, including the heck out of the small Iowa town he grew up in.  Even the trip he takes to Miami to surprise his boyfriend Jeremy is something of a long-shot wish fulfilled.  Until he arrives in South Florida.  Once things start to unravel, they do so with alarming speed, and he finds himself riding shotgun in a rented convertible with his new worst enemy faster than you can say “I want my old life back.”

For all that he’s self-centered and something of a slow learner, Fox is one of my favorite protagonists.  Crazy Like Fox is the story of his long journey Home, which he finds in the one place he was sure he hadn’t left it.  Like my Author Page on Facebook to RSVP for the online release party, which will include fabulous giveaways, and get the eBook on August 25th for only $5.99 from JMS Books!  It’s funny, it’s sexy, and, like all good airline stories… inspired by stuff that really happened, but totally made up.

As many of you know, Pride is a favorite subject of mine, and one on which I’ve been posting kind of a lot lately.  I’m proud to be gay, proud to be a drag queen’s husband, proud to hate broccoli — throw me a character trait or a physical feature and I can crank out 1,500 words on why it’s awesome before Pandora even asks me if I’m still listening.  While my pride in the flying career to which I’ve been called is related, in some ways, to Gay Pride (a link that we can explore in depth in its very own post), it’s a Pride that I don’t spend a lot of my free time or blog space quacking about.  They’ve written whole books (surely) on how gross broccoli is, but how rhapsodic are you really gonna wax about your Coke-handing-out skills, legendary though they may be? 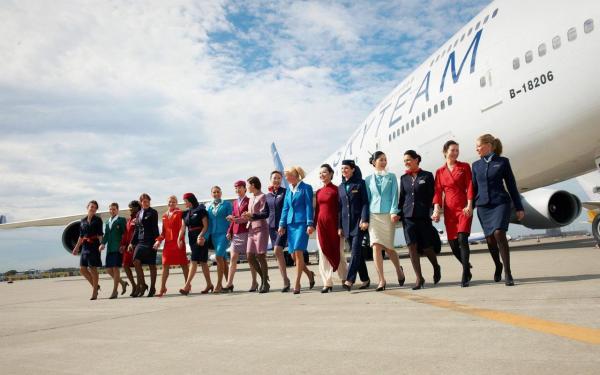 Then on Saturday, an Asiana Airlines 777 crashed — rather spectacularly — on landing in San Francisco.  They lost a tail, they lost a wing, and they lost two teenaged passengers before the smoldering wreck skidded to a stop in a ditch between runways.  Two flight attendants were injured when slide-rafts inflated in the cabin, pinning them to their jumpseats; their co-workers, at the end of an eleven-hour flight, wearing high heels, opened the usable exits and executed what appears to have been a “textbook” evacuation of an airplane that threatened to burst into flames at any moment.  According to an article on the Wall Street Journal’s website, a passenger “saw a diminutive flight attendant, Jiyeon Kim, who was carrying injured passengers down the aisle, to get them off the plane. ‘She was a hero,’ he said. ‘This tiny, little girl was carrying people piggyback, running everywhere, with tears running down her face. She was crying, but she was still so calm and helping people. I took a photo of her.’  He said the flight attendants got everyone off the plane as the smoke billowed inside.”  As they are trained, and must come to work prepared, to do, a crew of exhausted flight attendants with — I promise you — nothing but their downtown San Francisco layover on their minds leapt to their feet with their hearts in their throats and saved nearly three hundred lives.

END_OF_DOCUMENT_TOKEN_TO_BE_REPLACED 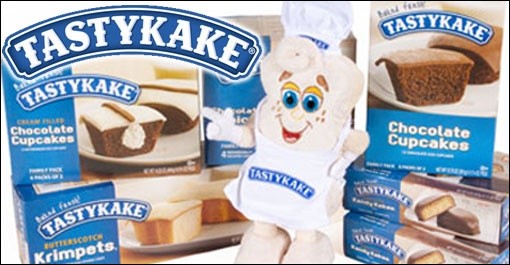 The Tastykake Incident, which would have been unmanageably mortifying with pretty much any other flight attendant I’ve ever flown with, was actually quite hilarious in context, and I am not ashamed of it in principle. Sanchez and I had bonded over our common body image issues and love of snack cakes in general, and what happened on the flight from Minneapolis to Denver seemed almost inevitable in its poetic timing. But it would be OK with me if even once in a while he could say hi to me without telling everybody within earshot all about how we broke the jumpseat. END_OF_DOCUMENT_TOKEN_TO_BE_REPLACED

I have about twenty different renditions of the song on my iPod, sung by everyone from Sarah Vaughan to Angelique Kidjo: “Summertime, and the living is easy.”  Yeah, well, this is my sixteenth summer as a flight attendant for a major airline, and I am pretty sure those lyrics didn’t come to George Gershwin on an airplane. For nine months a year, airplanes are filled with seasoned travelers and million-mile frequent fliers who more or less “know the drill,” and flight attendants pretty much know what to expect.  The off-season traveler means business: he’ll get on the airplane balancing an open laptop and talking on his cell phone, clog up the aisle while he fills up an entire overhead bin with his oversized carry-on bags, and then sit and make comments to the flight attendants about how people need to hang up their cell phones and travel with smaller bags and the boarding process will go more smoothly for everyone.  These passengers breeze through security with slip-on shoes and TSA-approved toiletries, know exactly what they want to drink and how much it will cost, and can be counted on to have the laptop fired up from way before we tell them it’s OK until way after we tell them to turn it off, some of them hard at work, most of them watching Family Guy on DVD.  They don’t bother us, we don’t bother them (certainly not with “service,” not these days), and everybody’s happy.  I’ve got an Us magazine to read, after all. END_OF_DOCUMENT_TOKEN_TO_BE_REPLACED