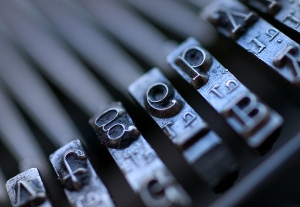 In his madcap debut novel, Blue Heaven, my mentor of comedy writing (and former Frasier executive producer) Joe Keenan introduces us to self-proclaimed writer Gilbert Selwyn thusly: “He wants desperately to be a world-famous, flamboyant, provocative novelist and will do anything to achieve this goal short of putting words on paper.” This hilarious description (of a hilarious character) resonates with me for a couple of reasons. Practically everything Keenan writes is hilarious and resonant, for one thing, which is part of the reason I read his novels over and over again (if not in public, where the frequent guffaws can incite looks). Also, this is a spectacularly apt encapsulation of my own writerly ambitions and habits from my early twenties to my first crack National Novel Writing Month some fifteen years later.

It’s not that I didn’t consider myself a writer, or that I had forgotten my high school-era ambition to write witty and insightful novels to great critical acclaim. And it’s not like I never set pen to paper; I documented every moment of the months I spent studying in France and every detail of my itineraries the first time I visited Argentina and New Zealand—breezy and witty travelogues that focus, much like the rest of my life, on men, food, and various modes of transportation and their schedules. But on the rare occasion that I did sit down and take a crack at producing a contemporary queer literary masterpiece, I failed miserably—as someone who only gives himself forty-five minutes to vomit up genius and smear it across the page must do—and gave up. Immediately and definitively. By the time I started flying I had locked all my pens, along with my other creative impulses, away in drawers, the better to focus on the acquisition and display of souvenir refrigerator magnets.

When, after an unsolicited and unexpected encounter with an airborne psychic en route to San Francisco, I telephoned my very best friend, himself a writer, and announced my intention to take to the keyboard, he sighed a quiet Finally and said, “You have no idea how long I’ve been waiting for this call.” This friend writes for a living and is not unknown in certain Hollywood circles, but he also knows what it is to write for the love of the game; to work a “day job” (or two) to support his writing habit—to write because he must, and not because he wants to or because it pays the bills. And it is this friend who helped me understand that a writer is always writing, even if he can lay hands on neither pen nor paper. A writer writes while observing the world and the people in it; while watching TV or going to the movies or reading other writers’ work; while telling stories or eavesdropping at Happy Hour or laying on the couch half-asleep, thinking about nothing in particular. And indeed, it is often in moments like these—on the airplane or in the bathtub, a particular story the furthest thing from my mind—that a pesky plot point will, without warning or provocation, unravel and announce itself, ready for the page.

But I needed to be given permission from another writer—a “real” writer—to write in this manner.  Permission to carry ideas and characters around with me before they are fully formed and let them discover themselves; permission to write something other than the Literary Triumph of my Generation from time to time.  And once this permission was granted—that is, once the pressure to write was removed—I couldn’t write fast enough.  Not every gay guy who ever scribbled about a rugby player’s ass in a journal on a Danish train will grow up to be Joe Keenan, but if he writes about what he sees, what he feels, and what he thinks, you know what?  It counts.

The other day, as we perused the dizzying aisles of our local Costco and gossiped about Glee, a friend asked me, by way of catching up, if I’d been writing a lot lately. As it happened, I told her, I had spent much of that very morning cataloging the writing projects I coulda/shoulda/woulda been working on, while actually writing precisely nothing. I even tried to beat myself up about it. Tried, but failed. Because I know now that there are days when the magic fails to pop off the page, but I don’t get to use them as an excuse. I don’t get to wallow in them and shove my pens melodramatically away. Or, perhaps more to the point, if I do, I must eventually scurry to gather them up, for I am a writer whether I like it or not, and my stories will be written. And if they’re scrawled on the back of an airline napkin between Sprite Zeros and requests for root beer, well, it wouldn’t be the first time.